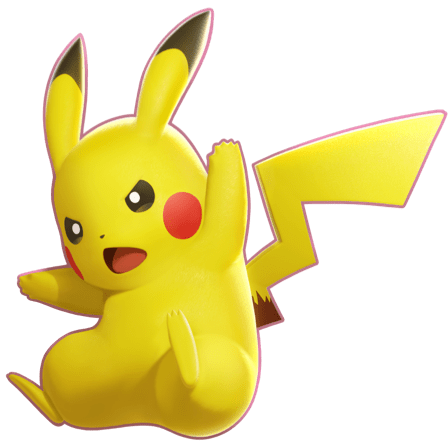 Pikachu is a Pokémon that excels at attacking opponents from far away with electricity.
Sometimes the attacks even leave opposing Pokémon paralyzed!
Pikachu was first introduced in Generation 1.
Pikachu is a Ranged Attacker that deals Special Attack damage.
Pikachu's passive ability is Static, which paralyzes all nearby opponents upon receiving damage.