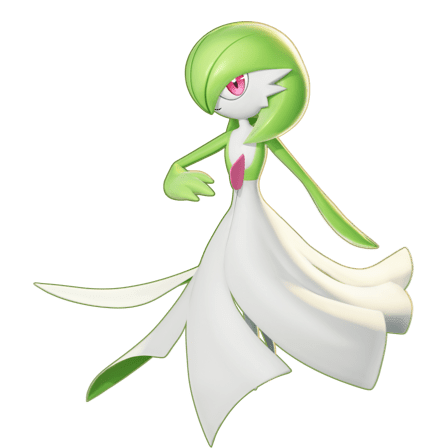 Gardevoir strikes its opponents from far away with its mysterious psychic power. It has a lot
of moves with unique movements, but they are very powerful when used effectively.
Gardevoir was first introduced in Generation 3.
Gardevoir is a Ranged Attacker that deals Special Attack damage.
Gardevoir's passive ability is Synchronize, which inflicts on the opponent the same decreased
movement speed or damage-over-time condition inflicted on Gardevoir.